We are a team of passionate people whose goal is to improve everyone’s life through disruptive products. We build great products to solve your business problems.

Sleep aids may help, but there are risks 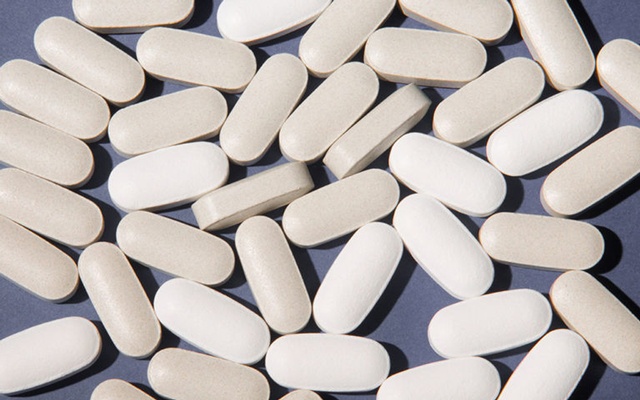 I’m not the only one: In a 2021 systematic review, researchers reported that 36% of people in the United States and 12 other countries have experienced sleep problems during the pandemic, and, according to a 2021 report from the American Psychological Association, 32% of US adults reported changes in sleeping habits because of pandemic stress.

Like many people with insomnia, I have turned to sleep aids. During much of the pandemic, I was taking over-the-counter antihistamines — drugs sold under the brand names Benadryl, Sominex and ZzzQuil. But when I saw my primary care nurse practitioner last summer, she warned me that these medications aren’t recommended for long-term use and suggested that I switch to melatonin, a hormone that regulates the body’s sleep cycle. I have been taking it nightly ever since, with varying degrees of success. (One recent night was a bad one. After a middle-of-the-night bathroom trip, I began worrying about the note from my son’s school saying he had recently been exposed to the coronavirus.)

But the world of sleep aids is clearly a confusing one.

The first thing to know is that not all sleep medications are the same.

“The myth is, ‘It doesn’t matter which one you choose, they all work the same way, they all do the same thing.’ They don’t,” said Dr Andrew D Krystal, a psychiatrist at the University of California, San Francisco, who specializes in sleep disorders.

Some drugs, like zaleplon (Sonata), decrease the amount of time it takes to fall asleep, he said, while others, such as suvorexant (Belsomra), block signals in the brain that cause you to wake up. The hormone melatonin, as well as prescription drugs like ramelteon (Rozerem) that act on melatonin receptors, help regulate the body’s internal clock but don’t necessarily help you stay asleep.

The best drug for you will largely depend on what causes your insomnia.

“It really is about choosing the right medication for the patient,” said Dr Aruna S Rao, a neurologist at Johns Hopkins Medicine.

If your problem is that you can’t fall asleep at bedtime, then a drug that prevents you from waking in the middle of the night may not help. If you fall asleep easily but can’t sleep toward the end of the night, then drugs that wear off within a few hours, like zaleplon (Sonata), aren’t going to do you much good, either.

Many people, too, have sleeping problems that won’t be resolved with any sleeping pill. One such condition is sleep apnea, which afflicts 22 million people in the United States and causes frequent wake-ups, said Dr Grace Pien, a pulmonary, critical care and sleep medicine physician at Johns Hopkins Medicine. Sleep apnea is best managed with a machine that provides continuous positive airway pressure (CPAP), not with medication.

Another issue is that many sleep aids don’t have convincing data behind them. The over-the-counter antihistamines I used to take, which contain diphenhydramine, “were never really systematically studied for their effects on sleep,” Krystal said. They are recognized for their allergy benefits but are often used as a sleep aid because they cause drowsiness, he added.

The few studies that have been done on diphenhydramine suggest that it doesn’t help much at all: Clinical practice guidelines from the American Academy of Sleep Medicine say the antihistamine’s benefits, in terms of extra sleep, are “below the level of clinically significant improvement.”

Sleep aids can also have side effects, some of them serious. A 2017 study found that, when compared with older adults who did not take sleeping medications, those who took sleep aids of any kind recommended by their doctor were 34% more likely to suffer a fall, perhaps because the drugs affected their balance or incited clumsiness. Another study found that people who had recently, for the first time, been prescribed sleep medications such as temazepam, trazodone or zolpidem (Ambien) were 90% more likely to be involved in car crashes, and that their increased risk was on par with that of driving drunk.

Some research even suggests that the long-term use of hypnotic drugs such as nordazepam, clonazepam (Klonopin), flurazepam (Dalmane) and zolpidem (Ambien) can more than double the risk of dementia.

Some sleeping pills can also cause physical dependence — a condition where people need higher doses over time to get the same effect, or when they stop taking the medication and experience withdrawal symptoms or have even more difficulty than usual falling asleep. According to Pien, dependence is possible with zolpidem (Ambien), zopiclone (Imovane) and zaleplon (Sonata), and even more likely with benzodiazepine pills like flurazepam (Dalmane), temazepam (Restoril), quazepam (Doral) and triazolam (Halcion). People can also experience a psychological form of dependence with many sleeping pills, Rao added, making them feel unable to sleep without the medication.

Zolpidem (Ambien), in particular, has earned an unsavory reputation for its bizarre ability to cause people to drive or eat while half asleep. (One woman would find candy wrappers near her bed and Popsicle sticks next to the refrigerator when she woke up.) Zolpidem can also cause next-day drowsiness, especially among women and older adults, whose bodies slowly break down the drug, possibly because they have lower levels of the hormone testosterone, which plays a role in metabolizing the drug. Consequently, recommended doses of zolpidem for people older than 65 have always been lower than for younger adults, and in 2013, the Food and Drug Administration began requiring zolpidem manufacturers to lower its recommended doses for women, too.

Nevertheless, in 2018, researchers used survey data to show that about two-thirds of women and people older than 65 were still taking the higher doses.

The bottom line: Sleep aids can help in the short term, but you need to take the right one for your needs. So instead of randomly choosing one as I did, talk to your primary care physician or a sleep specialist to get a more tailored recommendation, Pien said. And remember that as with any medication, they do pose risks.

There are also drug-free alternatives that might even work better for you. Cognitive behavioral therapy, which can help people develop better sleeping habits, is widely considered the most effective treatment for chronic insomnia. Even small lifestyle changes can help as well: going to bed at the same time each night, putting electronics away well before bedtime, and not looking at the clock in the middle of the night, Pien and Rao said.

Perhaps I don’t need melatonin after all. I do need to stop doomscrolling on my phone right before I go to bed. That might help with my anxiety dreams, too.

We Promise, no spam!

We are a team of passionate people whose goal is to improve everyone’s life through disruptive products. We build great products to solve your business problems.

Home
About us
Who we are
Medical Products
IT Department
Testimonial